A dedicated audio recording of Sean Kelly's comments precedes his text. A video of Richard Lehun's PowerPoint presentation can be found in the section on his presentation below. Due to a technical malfunction, we regret that a secondary audio source was used for the first eight minutes of the recording. 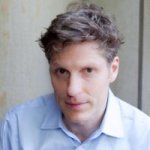