The rise of the art advi­sor tracks the glob­al­iza­tion of art busi­ness. Art advi­sors act as a bridge to new classes of col­lec­tors, but the role is often not clearly defined. Gal­lerists, deal­ers, art fairs and col­lec­tors encounter a het­ero­ge­neous pro­fes­sion. This event, held on April 1st, 2015 at Sotheby's Institute of Art, explores cur­rent eth­i­cal and busi­ness ques­tions that art advis­ing cre­ates and the legal oblig­a­tions that their rela­tion­ships rely on. Art Advis­ing 2.0 — Ver­tigo & Account­abil­ity is a col­lab­o­ra­tion amongst Sotheby’s Insti­tute of Art, the Asso­ci­a­tion of Pro­fes­sional Art Advi­sors, and Stro­pheus Art Law. Moderator: , Chair, Committee on Fine Arts, New York State Bar Association, Entertainment, Arts and Sports Law (EASL) Section, Attorney and Faculty at Sotheby’s Institute of Art Panelists:
Sean Kelly, Sean Kelly Gallery
, Attorney at Stropheus Art Law
, Executive Director The Armory Show
, Megan Fox Kelly Art Advisory
A dedicated audio recording of Noah Horowitz's comments precedes his text. A video of Megan Fox Kelly's PowerPoint presentation can be found in the section on her presentation below. Part I of this event is here. 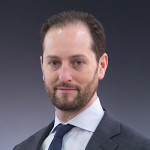 The Association of Professional Art Advisors (APAA) is a not-for-profit organization comprised of leading independent art advisors, curators and corporate art managers. The association set standards of professional practice which all of its member advisors follow. To date the APAA has more than 100 members who are advisors and curators, building and maintaining art collections for both private collectors and major corporations. As advisors, we are objective advocates who work solely for our clients, and unlike art dealers, do not maintain inventories for sale nor represent artists. APAA members are active in all sectors of the art market, purchasing art for their clients at galleries, auction houses, fairs and online. Our organization conducts periodic member surveys which assess the total dollar values members spend on behalf of their clients in various sectors of marketplace. Below is a breakdown of the APAA members purchasing activity in the fine art market from 2010-2013. • 36% of APAA’s members purchased nearly $640 million in works of art at galleries between 2010 – 2103 -- an 80% increase over the amount purchased between 2005 through 2010. • 33% of APAA’s membership purchased nearly $194 million worth of art at fairs between 2010 and 2013. • 18% of APAA’s members purchased nearly $192 million worth of art at auction – a 4% drop from 2010. • 8% of APAA’s members purchased $829,000 worth of art on-line in 2013 –a first time measurement. APAA’s code of ethics is a guide for best practice and is signed by ever member on an annual basis. It is covered by several key principles: • APAA advisors are not dealers, and as such, they do not maintain inventory for sale, accept artwork on consignment or act as private dealers in any transaction. • APAA members maintain lawful practices, complying with state and federal laws in taxation, exercising due diligence in researching the provenance of recommended acquisitions, and refusing any requests by clients or vendors to subvert the law in any fashion. • APAA members should not perform services that would be, or appear to be, adverse to the interests of his or her client unless those services are fully disclosed to the client and the client provides advance consent to the services in writing. • APAA members do not accept financial compensation that creates a conflict of interest between the member and their client. • APAA members do not solicit or accept compensation from service providers or vendors. Advisors are not dealers, and as such, they do not own or represent inventory. While dealers advise clients and museum curators advise their patrons, they are different from professional art advisors who are hired to assist their clients (private or institutional) in building and caring for their collections, or helping them to sell their collections. An art advisor has a fiduciary duty to represent their client’s best interests at all times, not their own interest or the interests of a dealer, artist or auction house. An advisor’s fees should be completely transparent. Fee arrangements remain at the discretion of the advisor, provided the advisor is always paid from one source, preferably their client. The advisor can be paid either salary, retainer, hourly fees, fees based on percentage of sales, or a combination of these payment methods. A good advisor will also disclose his or her fee arrangements to dealers and auction houses with whom they interact on behalf of their client. Therefore, they become a facilitator on behalf of the client and the dealer, auction house, or artist with whom they are working, rather than an obstruction. Advisors should always maintain written agreements with their clients that outline the nature of the advisor’s work on the client’s behalf, and that contain a clear recitation of how the member will be compensated. Invoices to clients should clearly delineate the amount of compensation due to the advisor. Furthermore, an advisor does not perform services that are averse to the interests of their client and avoids conflicts of interest, including direct and indirect financial interest in a transaction involving their client. If they find themselves in such a situation, they must disclose the conflict to the client. An advisor is an expert in their field and does not provide advice in areas that are outside of their expertise. Instead, an advisor can bring in outside expertise to assist their clients. When completing any project for their client, an advisor’s research is careful, informed, and performed at the highest level. They must exercise due diligence in verifying the accuracy of information supplied to their clients, regarding works of art including: the date of a work, its provenance, exhibition history, and publication records. An advisor is careful to not provide services regarding stolen works of art.